Jina Aryaan is a fourth year student pursuing a major in Sociology and a double a minor in French and Latin American Studies. She is interested in corporate and international human rights law, and hopes to continue to learning more languages for a lifetime. Her vision for SSO came about when she realized the absence of a Spanish community on campus, and decided to develop a group dedicated to uniting Spanish learners and enthusiasts of all academic and cultural backgrounds. Her goal is to promote the Spanish language and culture amongst all U of T students. SSO now acts as a platform for all individuals interested in academic improvement, and general peer networking. Asides from her work at SSO, she also works on various political and organizational campaigns to promote youth activism off-campus, while staying engaged in campus life through her various leadership roles on other clubs and organizations, such as ASSU, USSU, Her Campus, as well as several Arts&Science Council committees.

Cassandra Yanez-Leyton is a third year student pursuing a major in International Relations with a double minor in Economics and German. Born to Chilean immigrants, Cassandra holds dear her cultural history and background and has always been extremely invested in exploring the dephts of her Chilean heritage. From a young age, she has learned Spanish, English and French and is now taking on German at the University of Toronto. In the future she hopes to work in journalism as a foreign correspondant specializing in global affairs. The 2017-2018 academic year will be her second year as a member of the SSO executive. Through this club, Cassandra hopes to increase the sense of community among those interested in the Spanish language and Latin American cultures. She looks forward to meeting all the new members and is excited for what the upcoming year has in store for the club! 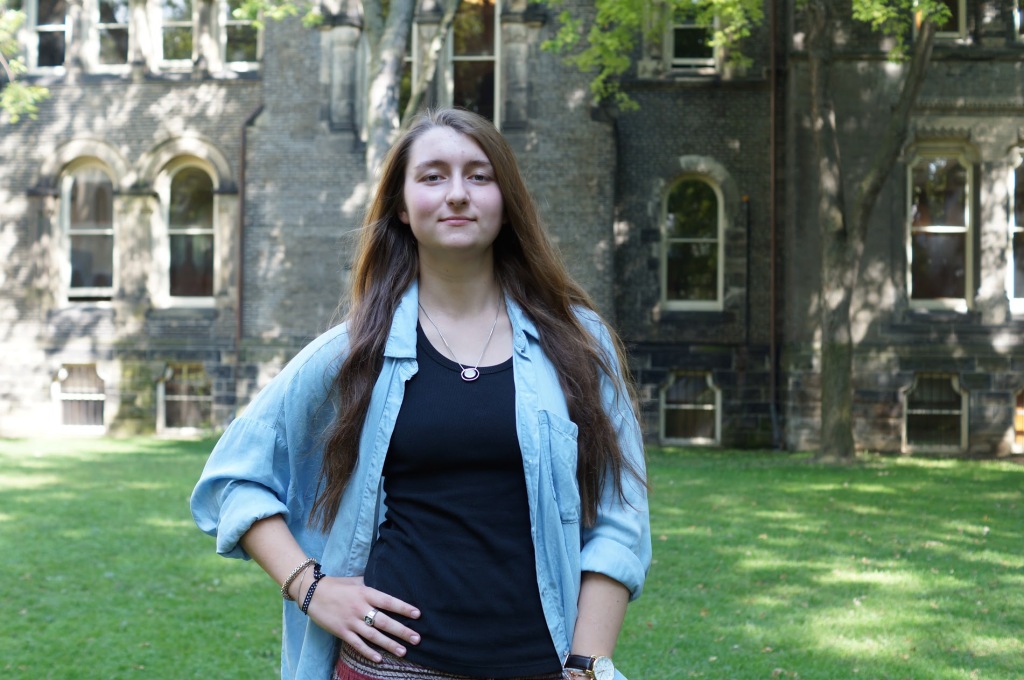 Carson Linnéa Healey is a fourth year student majoring in Environmental Biology and minoring in Spanish and French as a Second Language. Her interests center around environmental and social injustice, and how the two are often intertwined and act together to perpetrate the twin cycles of poverty and oppression. She is also interested in colonial and post-colonial Latin American history, how the culture of the colonized meets the culture of the colonizers, and the various fusions these interactions create. In her spare time, she enjoys singing and playing guitar, learning new languages, and dancing. Her involvement with SSO stems from her interest in the Spanish language and in expanding her knowledge of Hispanic culture and history, but also her passion for contributing to the promotion of awareness of Latin American and Spanish perspectives.

Julio Chen is a second year student at Rotman Commerce pursing finance and economics. He admires young entrepreneurs who are capable to persist with their goals and vision, in hope to improve the society with their ideas. Julio has a Chinese ethnicity but grew up in Paraguay. He has experienced diverse cultures and believes that one of the most appropriate way to understand in depth of the other culture is through intense interaction with their people. This is Julio’s first year at SSO, and he is willing to maximize its effort by helping more students to connect with SSO, as well as exposing himself and learn more about the Spanish culture.

Christina is a fourth year student double majoring in Statistics and Spanish with a minor in Math. As much as her combination surprises people, she knew that she want to spend her life working with numbers but the beautiful sound of Spanish just got her when she was taking SPA100. Now this seems a lot more meant to be since looking back, there was always a important hispanic friend in almost every stage of her life. Her research interest lies in the field of data science and statistical data analysis, and she hope to pursue a career in related field. Being the Event DIrector of the club, she wanted to further connect people from various background by holding fun events and to promote Spanish culture among students. 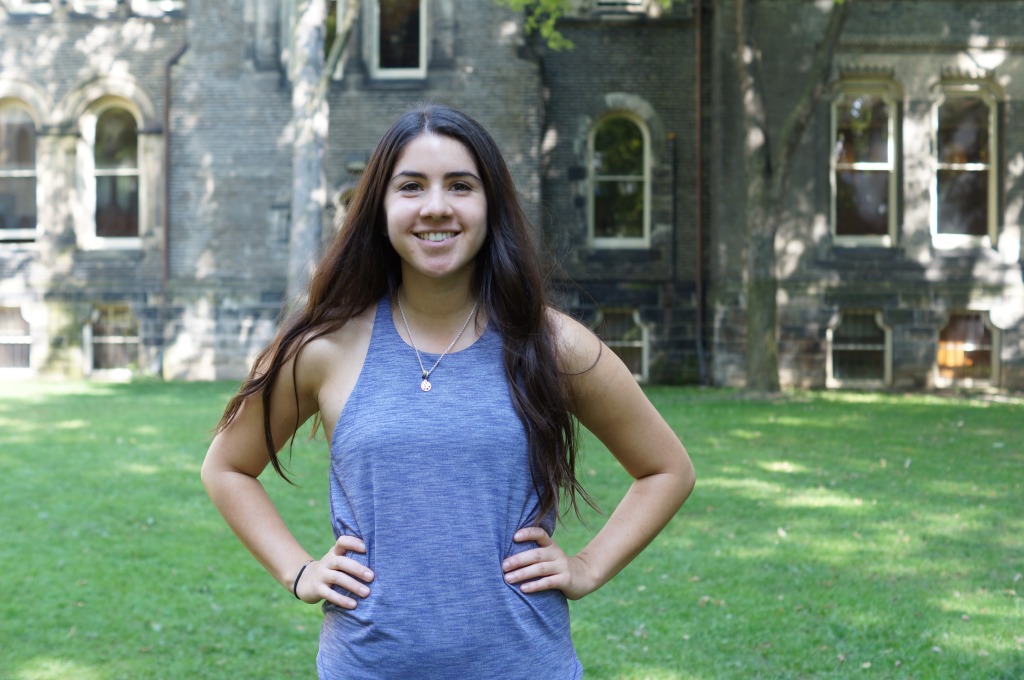 Emily Encalada is a second year student double majoring in Political Science and Latin American Studies with a minor in Anthropology. Emily was born in Chile and moved to Canada when she was 3 years old and enjoys being a part of both Canadian and Chilean culture as they are both extremly diverse and different. Emily hopes to pursue a career in law and work as a human rights lawyer in the UN. This is Emily’s first year with SSO, but she hopes that her enuthusiastic and friendly nature will help connect and provide a enviroment for UofT students who are interested in the Spanish language and Latin American culture. Besides, her involvement with SSO, Emily is also an exec memeber for OLAS, another group that connects a similar audience as SSO .Emily hopes that by being a part of the SSO exec will give her the ability to connect more strongly with her roots, but also help others learn and love the Spanish language as well as Latin American culture.

Isabel Todd is a third year Life Sciences student, Majoring in Human Biology. As a daughter to a Venezuelan parent, she hopes to further connect with her heritage language in order to communicate with friends and family. As a SSO executive she hopes to aid in creating a supportive community for Spanish language learners. 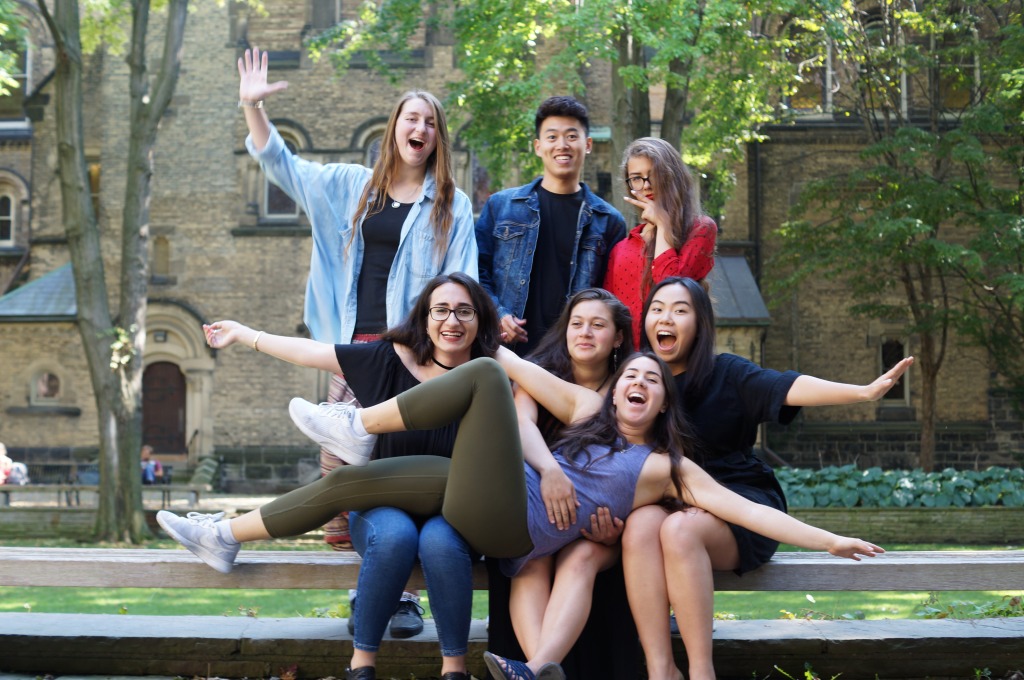